As the beginning of our project starts to progress, our research team at the museum have been busy working away looking at records of the area. We have started with looking at the history of the owners of the land and have put together a basic timeline that covers from the 14th Century until 1820 and the Clearance of the Townships. This has been greatly aided by Malcolm Banjor Jones’ previous work on the MacKenzie Families of the Barony of Lochbroom.

This timeline shows how the ownership of Inverlael passes from the Earl of Ross in the 13th century to the Munro’s of Foulis. We then see a period of roughly 10 years where the land is apparently moved several times between Foulis and the Fraser’s of Lovat. We understand that this is due to the land being mortgaged to the Fraser’s of Lovat in lieu of payment of debts. However, we are unsure at the nature of the debts. We then see the land move to the MacKenzie’s of Coul, who owned the area up until our end point, which occurs in 1820 and the second of the clearance evictions.

In putting together of our time line we were able to uncover the first written record of Inverlael, which occurred in 1370. This record is from the Munro of Foulis Papers.

Resignation by Elyzabeth de Bercley, daughter and heir of Robert Lytyll, with consent of John de Bercley, her spouse, in favour of her beloved cousin Hugh de Monrooch, for good deeds ofttimes rendered to her by him and his parents, of all right and claim in the lands of Dachynmore, Carbystoll, Kylmacholmowch and Innerlawyn, with their pertinents, which she holds of her lord the Earl of Ross; to be held by said Hugh and his heirs of said earl, as freely, quietly, etc., as is more fully contained in the charter made by said earl to her father; and if it happen that her spouse, John de Bercley aforesaid, should predecease her, she binds herself to ratify and confirm this grant in her widowhood. As she has not a seal of her own, the seal of said John de Bercley, her spouse, together with the seals of Alexander, bishop of Rosse, and John called Merser, burgess of Perth, are appended. Dated at Perth.

Part of our research for the project was to attempt to clarify the inscription that is located on the inside of the sepulchre which houses the grave of Sir Colin Mackenzie of Coul, who died on the 29th of October 1740. Legend has it that Sir Colin was out collecting the rents from his tenants when he was overcome by a fever and died near Inverlael. The snow that winter was said to be especially bad and after three weeks of attempting to get Sir Colin home for burial, they eventually buried him next to the River Lael, some time later a Sepulchre was built around the grave.

The inscription in carved into the inside wall. However, the weather had eroded the inscription beyond recognition. Using new photography techniques called Photogrammetry, we have attempted to decipher the inscription by taking lots of images at slightly different angles to detect depth on letters. We then put various filters over the images to try and draw out the original images. 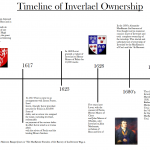 Timeline of Ownership of Inverlael and Balblair. 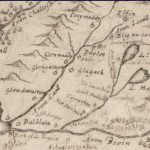 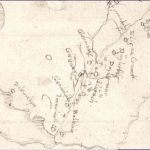 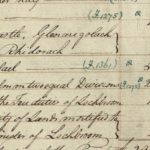 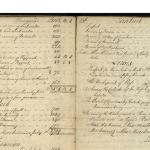 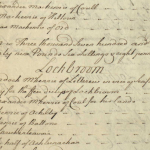 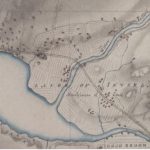