Agnes came from a prominent family in Ullapool. Her dad Dr David Wallace was the community doctor for many years. At the outbreak of WWII Agnes, as well as her brothers signed up to help with the war effort. Agnes became a Nurse Stewardess with the Merchant Navy. She was onboard the ‘City of Benares’ Ship, which was carrying 90-100 evacuated children to Canada, when in the early hours of 18th of September 1940, a German U boat fired a torpedo at the ‘City of Benares’. The ship sank within 30 min.

Due to the weather only half the lifeboats were able to be launched which resulted in 260 of the 407 passengers and crew being lost. Including Agnes. Only 13 of the children made it back to Greenock.

Agnes has no grave as she was never recovered, but she is remembered through her Commonwealth War Memorial in the Church yard attached to Ullapool Museum next to her family plot. Her sacrifice is remembered to this day in Ullapool, her surviving family are extremely proud of her sacrifice.

Agnes is Ullapool’s only female Commonweath Grave and is now remembered as one of the Great Women of Lochbroom.

The first instalment was narrated by Hermione Lewis Ing. Hermione is the grand daughter of our Chariman Ellie Ing and has a long history of interaction with the Museum. 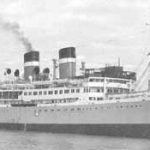 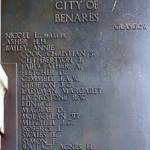 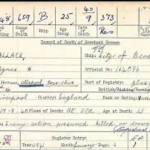 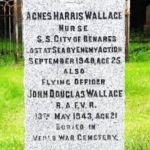