Mary MacDonald was born in Shore Street Ullapool in 1884 to John Mackenzie and Margaret Matheson. He parents were both dead by the time she was 15 and at 21 was a Pupil teacher at Inverness Royal Academy. At some point she had became a companion to a ‘Woman of Society’ and enjoyed a full life of travel and  even spent time as an artists model in Paris.

In 1913 she was working for Bellinger & Co. Jewellers. Where her crime spree started where she started hitting the London Clubs. Then back to Scotland were a spree of hotel thefts in the Dingwall and Strathpeffer area gets her caught the first time at Strathpeffer train station (Currently Highland Museum of Childhood) where she gets 60 days in jail.

From 1914 until her death in 1926 she had been arrested several times, spent time in and out of Holloway and Walton Gaol in Liverpool. She had stolen over £4,000 worth of jewels and keepsakes from London Hotels, Brighton Hotels, London Clubs and a few private flats. Overall she had been charged with over 50 separate charges or larceny, and was dubbed ‘The Queen of Hotel Thieves’ and ‘The Most Expert Female Raffles’. Even after all of this her occupation on her death certificate states ‘Ladies Companion’. She was a highly intelligent, education Notorious woman and is now recognised as one of the most famous women from Edwardian Lochbroom. 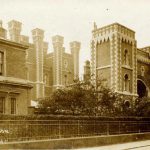 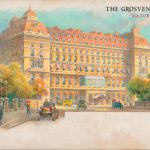 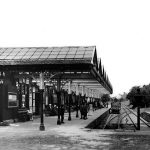 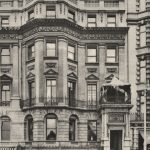 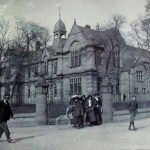