Isabella Bannerman MacKenzie was born at Ardindrean, Lochbroom in 1888 to Alexander MacKenzie and Henrietta MacGregor. Her parents ran the shop on the shore of Loch Broom. Bella, was very much a tomboy and would race her brothers up the hill at the back of their house, quite often beating them.

Bella ventured to London to do her nursing training and was 26 when World War One started. She nursed at the front line and witnessed the fighting first hand. On one occasion during severe bombing she was dragged under a table by a doctor for shelter. She even bought a shell casing back with her to Lochbroom as a souvenir. The shell is now the proud possession of Jessie Osborne.

Nurse Bella, as she was known, returned home after the war and worked as the local District Nurse. She used a bicycle at first but the got her driving license and very quickly bought her first car. She wasn’t known for her careful driving. The district nurses duties included midwifery and Bella would sometimes stay for a week at some outlying houses, to assist the new mother. On one occasion she had to row across a loch to a remote house. There was no paraffin there so someone had to be dispatched to Ullapool to purchase some.

Bella lived at Sunnybank on Shore Street and in 1938 she had a house built on Garve Road, now known as Rivendell which she had initially intended as a nursing home.

Bella retired in the 1960s and a long list of Lochbroomers take pride in knowing that such a hardworking, strong and independent women delivered them.

This instalment of Women of Lochbroom is narrated by Robbie MacKenzie. Robbie is a long standing and pivotal part of Ullapool Museum and is part of our Research and Genealogy team, and has several high level projects under her belt. Robbie is also a co author of ‘On The Yachts’ a book depicting the life of the Lochside Yachtsmen. 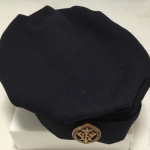 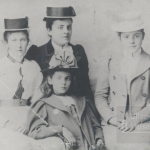 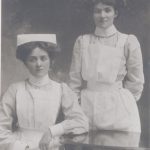