The Story of Ann McLean is a sad one but we doubt that it is unique. Her story it’s the epitome of the lost stories of the forgotten women. One that we are now only able to recall because of the access to Kirk Session Minutes where the whole story unfolds over the course of several months.

Ann worked as a housemaid under the Rev Alexander Ross of the Parliamentary Church in Ullapool. Ann describes how Rev Ross had made ‘Many attempts against her virtue’ when he eventually succeeded, he left her in possession of a child. She accused Rev Ross of forging a letter in the name of Murdo Mackenzie to lure her away to Aberdeen and created a rumour that she was to marry said Mr MacKenzie. She then accuses Rev Ross of trying to sell her as an indentured servant, in a bid to get rid of her. When all else fails he sends her to live in Inverness, then eventually to his sister’s to deliver the child. Who was born on the 14th of Sept 1820.

In the kirk sessions several times she openly admits her guilt and asks for penance which she does not receive, however in April 1842 she again asks as she needs a certificate to visit her poorly daughter in Inverness. The child of Rev Ross. Who had been deathly ill for several weeks. She was told if she didn’t persist in telling the lie that Rev. Ross fathered her child they had no option but to send it to another presbytery to deal with.

We have no more information available as to the outcome of the situation or to Sarah’s fate. However we do know she was brought up by the Croy School under the care of Rev Barclay of Auldearn, and baptised in 1822.

Due to recent information published by NRS we have been able to find out more on this case and that Lochcarron Presbytery granted Ann the discipline she sought in 1842.

This instalment of Women of Lochbroom is narrated by Siobhan Beatson the Manager of Ullapool Museum. Siobhan is also a student at The University of Dundee. 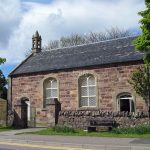 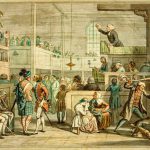 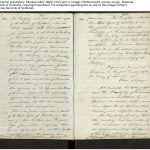 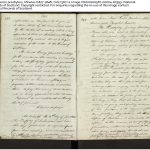